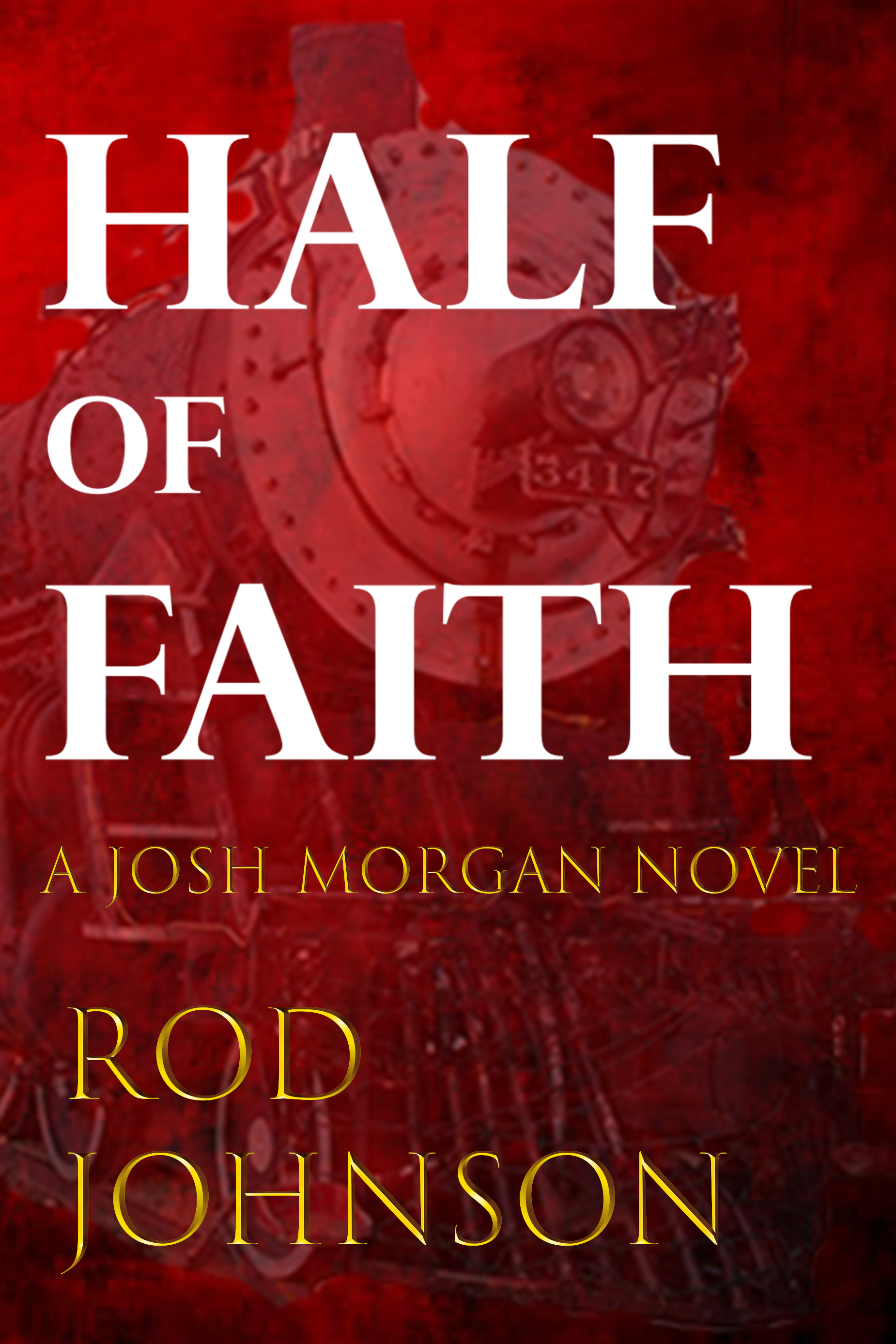 Half of Faith is Rod's first novel, published in November 2018..

It is the not too distant future and the United States is once again mired in a years-long oil shortage. Frantic for a solution, President Wendell Mercer has entered into negotiations with the Holy Islamic Republic of Saudi Arabia. Ruled by a resurgent al-Qaeda, the Saudi government seizes on the American president’s desperation as an opportunity to exact revenge against the Great Satan for its history of unrelenting persecution.

At the center of the plan is former US President Trenton Weston. Saudi agent Fadi Al-Majeed and NSA Deputy Director Everson Blake, men of different nationalities and different faiths, battle over Weston’s fate, each convinced that his god blesses, or at least gives special dispensation to his plans. Disgraced ex-CIA officer Josh Morgan, withdrawn and bitter and haunted by his own demons, owes a debt of honor to the former president and must act to save him. Fueled individually by religious fervor, personal revenge, and moral obligation, the three men expose their hypocrisies and personal failings as they battle for opposing outcomes. By different paths through Mexico and the US, they converge in a finale that could change the course of two nations, and perhaps the world.

Purchase Half of Faith

Half of Faith is available in paperback at Amazon.com and Barnes & Noble Online and in e-book format at Amazon.com.

Goodreads reviews for Half of Faith